ATMs: The next generation

While the expansion of online banking is largely viewed as reducing the use of both ATMs and bank visits in recent years, observers have also noted an increase in the values of cash deposits and withdrawals. 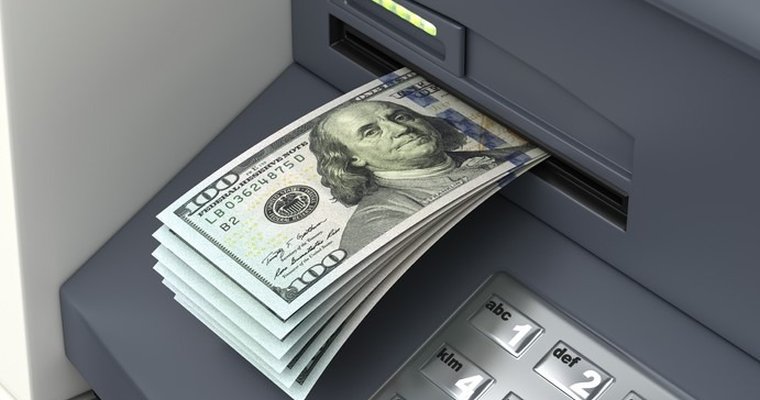 Technology has given people more freedom to choose where they live and work than ever before.

For many, when taking a job out of state, it is no longer necessary to relocate. Should you choose to do so, it is not necessary to change your phone number. Or even your TV provider.

One thing you might want to consider, however, is where you do your banking. People still want easy access to their money, after all.

When selecting a bank, today's consumer will often base this decision on having a physical branch and an ATM network nearby.

"The ATMs and the branch networks still play a role," said Chris Mande, head of ATM channel, Wells Fargo & Co., who spoke on "Cashing in on Cash Management" during the Diebold Nixdorf Intersect Las Vegas Conference.

"While the actual cash is continuing to decline from the standpoint of circulation, it's still a lot of money," Mande said. "Thirty-five percent of all in-person payments are in cash." He suggested going to Walmart and watching how many customers pay with cash.

As for the future, Mande is among those who believe both cash and ATMs will continue to play a role.

"We still see that demand for cash in the branches from consumers and small businesses," he said. "At the end of the day we have more cash coming in and out than we ever have before."

While the expansion of online banking is largely viewed as reducing the use of both ATMs and bank visits in recent years, observers have also noted an increase in the values of cash deposits and withdrawals.

The Federal Reserve's 2019 Payments Study found that the number of ATM cash withdrawals fell to 5.1 billion in 2018, a decline of 100 million since 2015. The value of these withdrawals, however, grew to $800 billion, an increase of $30 billion.

The pandemic did not change this trajectory, Mande said. As the number of ATM transactions declined, average deposits and withdrawals "dramatically" increased.

"This is certainly a trend we thought might slow down at the close of the pandemic, but here we are in 2022 and we're continuing to see that trend," he said.

Mande doesn't know the full reason for this, but he sees several factors at play, one being inflation. Consumers who use cash need to have more of it.

The pandemic also caused many consumers to look at ATMs in a different way. Consumers want cash on hand during market fluctuations and times of crisis.

While many people assume that the younger generation is not using cash, Mande pointed out that the share of cash among people under 25 years of age is the highest of any age group. He further stated that 80% of teens that receive money from adults receive cash.

"I think now, the time is actually ripe," Mande said with regard to recyclers.

An important benefit the technology offers institutions is less need for cash handling.

Banks also want to reduce the number of cash replenishments in ATMs because labor costs are rising as are cash handling costs. Recyclers help reduce these costs, as well as the amount of "idle" cash in the ATMs.

"We're trying to change [our] branch personnel into more of a sales, service and consulting focus, which is putting more demand on the ATM and other devices like teller cash recyclers for us to take a lot of cash handling out," he said.

This doesn't mean the branch doesn't have cash, he said, but that employees are not touching it as much.

"That pressure point for us from an operational perspective to lower [costs] has never been stronger," Mande said. Such costs include cash transportation and ATM maintenance.

The introduction of recyclers will bring what Mande calls the next phase in bank cash management: the ability to recirculate the cash inside the branch. There will be teller cash recyclers in the branches along with lobby ATMs with recyclers.

"And the ability for us to actually take that cash and move it within these devices really starts to provide the foundation for a larger business case," Mande said.

"Many of our branches receive cash and are responsible for making their own decisions as to where they're putting that cash," he said. "We're trying hard to lessen the amount of accounting."

The bank hopes to introduce software that will remove the need for the branch to make those decisions.

"In the digital society, I still believe that the ATMs will remain strong," Mande said. "Cash automation, whether that's at the branch or at the point of sale is still going to make a very strong case."

Meeting customer needs requires a blended approach to service and technology, Mande said. There is less branch staff available to handle cash and service ATMs, and operating costs continue to rise, but consumers and businesses still require access to cash.

Given the new importance of ATMs, Mande said ATM service needs to improve.

"It has to be more seamless," he said. "It has to provide even more convenience."

ATMs: The next generation

ATMs: Can they go cashless?